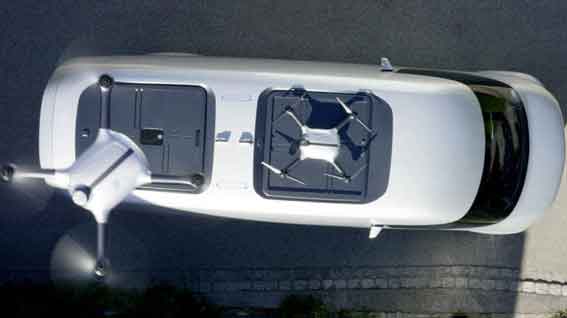 The first revolution in logistics came with the domestication of animals and plants. This marked the beginning of an agricultural way of life and more permanent civilizations, with humans no longer needing to wander to hunt animals and gather plants for their food supplies. The best logistics system of its day, and one that would endure to the twentieth century, was the one built by the brilliant, irrepressible, and somewhat mad Alexander the Great, who wished to conquer the world. Perhaps the most distinctive aspects of his system were the advance supply depots for his armies, and the basic math behind supplying a large expeditionary army. The distances and dimensions of Alexander’s 4,000-mile march across Asia, before the invention of trains, planes or automobiles, still boggles the mind.

The Industrial Revolution brought along with it the second revolution in logistics. This is when the world transitioned from hand production methods to machines that could produce identical products en mass. Waterways, roads, and rail were reconfigured to transport bulk materials long distances. This all led to an unprecedented rise in the rate of population growth, and ultimately WWII. As John Keegan, the distinguished military historian, writes in his landmark book, A History of Warfare, “It was America’s industry that overwhelmed its German and Japanese enemies, though only because American shipyards also supplied the transportation to move it.” In 1941, it took the U.S. an average of 150 days to build a Liberty ship. By the end of 1942, this was cut down to an astounding four days and fifteen hours and they were turning out a ship a day, a rate maintained until the end of the war, thus helping to win the crucial “Battle of the Atlantic.” This was the personification of the arsenal of democracy and of American logistical can-do.

We mark the late 1970s as the earliest phase of the Information Revolution, and along with it the third revolution in logistics, with the advent of the computer, and the tracking number. Fedex founder Fred Smith is famous for saying, “The information about the package is as important as the package itself.”

The Gulf War and the Internet

In the early 1990s, the Gulf War provided a major test for all this new technology. During this operation, the Army moved more than 41,000 cargo containers on 500 ships and 10,000 aircraft to Southwest Asia—numbers that are in many ways unbelievable. This massive “push of logistics” quickly overwhelmed the theater infrastructure, and by the end of the war in 1991, half the sea containers were still sealed with their contents unidentified. Thus began the next phase of the Information Revolution, with Fedex.com and Amazon launching in 1994, and the Department of Defense initiating Vision 2010, a landmark paper envisioning a future of “total visibility of all people and materiel, so as to instill confidence in the troops with definite information about when and where goods would be delivered.” The logistical guesswork and improvisation of the past was unacceptable. Advances in inventory control and automation set the stage for large U.S. businesses to begin selling online.

The iPhone launched in 2007, helping bring online access to the 45% of the world’s population covered by 3G mobile networks, growing subscribers 35% per year, and helping the Internet to become ubiquitous around the world.

Meanwhile in the U.S., Amazon has grown to control more than a third of all online retail spend, and 5% of all retail sales. More people spend money online with Amazon, than with all other retailers—combined. The rocket ship for Amazon’s growth has been its marketplace—the platform where Amazon allows third-party sellers to use its retail and logistics infrastructure to sell and deliver items to Amazon shoppers. It accounts for almost 70% of Amazon’s retail sales. Combine the “Amazon-effect” with global economic challenges, and increasingly polarized geopolitics, and it should come as no surprise that most companies are rethinking their supply chains

We believe this “global awakening” is in its infancy, and that it will take decades for the following theses to play out:

If you would like to share your ideas, business, or feedback with us, please email us. All business plan submissions must include a clear description of your operations and current progress.