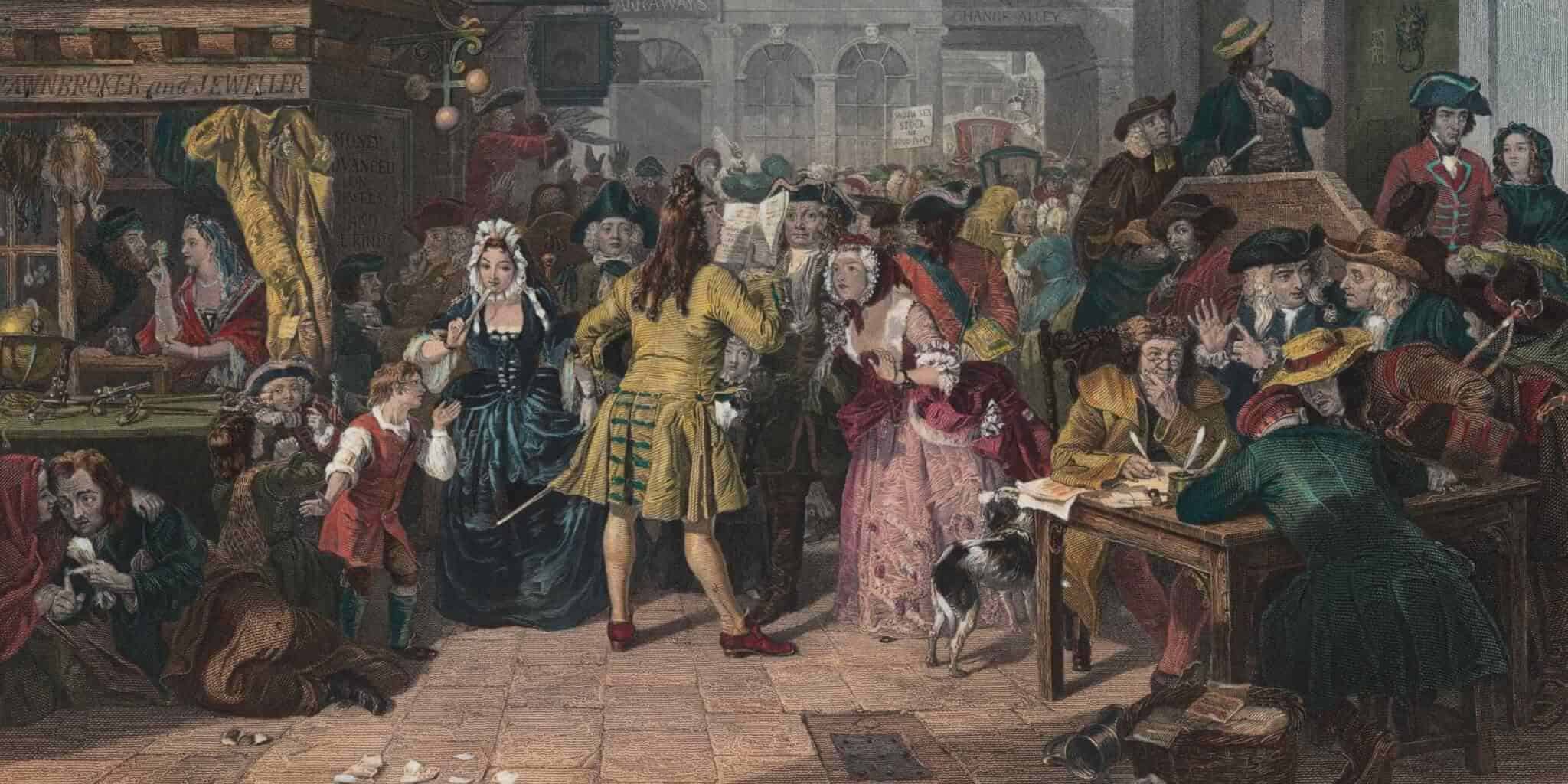 Excerpt from Delivering the Goods: The Art of Managing Your Supply Chain (Wiley, 2002)

Logistics has only recently begun to receive the respect and recognition both it and logisticians deserve.

One reason it has take so long for American industry to get with it, logistically, is that much of the growing body of reliable and usable knowledge about logistics isboring, and difficult to understand. My new book, Delivering the Goods, hopefully rectifies this problem by showing how the story of the development and growth of American business logistics is the story of American business itself.

Perhaps the best place to begin our selective history of business logistics and logistical thought is with the tale of one of the first, and arguably, the most spectacular business failure in modern history: the South Sea Bubble.

The South Sea Bubble—which, like many “bubbles,” including the recent much-discussed dot.com bubble, was attributable to a combination of logistical ignorance, hubris, and downright fraud—is the name history has given to the apocalyptic failure of the world’s first great international trading company and wholesaler, the South Sea Trading Company. Founded by Robert Harley, an enterprising London businessman, the company gained immediate fame when, in 1711, Harley and his partners managed to persuade the British government, then deeply in debt, to give them a monopoly over certain of Britain’s lucrative trade routes with South America and the South Sea Islands. In return, the new trading company agreed to assume the bulk of that debt, which then stood at more than £10 million, in addition to an annual payment to the Crown of £600,000.

Thus blessed, the chartered company, and its small fleet of ships, became the leading provisioner to England of the diverse South Sea spices, South American fruit and tobacco, and all sorts of other exotic—and expensive—stuff. In this way, it also became, one could say, the world’s first brand name. The hype surrounding the South Sea Trading Company grew even bigger in 1718 when the sovereign himself, King George I, became its governor, creating yet new confidence in the enterprise, which yielded its initial investors massive returns reminiscent of the heady early days of the dot.com bubble.

The American colonists fell under the company’s magic spell just as readily as did their fellow subjects back home in England.

The South Sea Company was the company. If you were a Boston or New York merchant and placed an order with it, you could rely on it delivering the goods on time, give or take a week or two, allowing for the moods of the seas. Somewhere in the middle of the growing bubble of misinformation and hype around the company, there was, in fact, a company.

With that sort of reputation, in addition to the very conspicuous sight of the company’s original directors reveling in their newfound lucre, other investors soon became interested in getting in on what seemed like a sure thing. In 1719, eight years after the company was chartered, they got their chance when His Majesty’s government approved a further agreement under which the government’s creditors could exchange their claims on the Crown in return for stock in the by now famous firm. A swarm of such creditors rushed to buy stock. They were joined by a large number of ordinary citizens in Britain and the American colonies who also decided to invest, thereby pushing the value of South Sea stock from £128.5 to £1,000 in a matter of months. The gold rush was on.

Unfortunately, it was a fool’s gold rush, for these hapless investors were, by now, largely banking on a phantom. Unbeknownst to the public, as a result of a combination of bad seas, poor communications, and a generous helping of mismanagement and malfeasance, the company’s once relatively reliable system for the purchase and delivery of its cornucopia of goods had utterly broken down. By the time anyone realized the extent of the logistical bad information bubble, which had now fed into the speculative bad information bubble, it was too late to do anything about it. Meanwhile, Harley and his friends took a powder.

Of course, if the S.S.T.C. had had a few modern-day logistical troubleshooters in its employ, and the British government, which had chartered the company, had had a proper stock control apparatus, the ensuing South Sea Bubble, as it became known, could have been avoided. A telegraph system might also have helped. But this was still the early eighteenth century. Telegraph would not arrive until the nineteenth. Buyers and suppliers on both sides of the Atlantic, blithely unaware of the logistical rot at the heart of the company, as well as the increasing corruption surrounding it, continued to place their orders with the company, and purchased stock in it. And so the bubble grew and grew.

The fledgling London press, then at the start of its scandal-mongering days, eagerly rushed into the information breach, and reported the true state of the company’s affairs. Although some of the company’s original investors, as well as a number of corrupt government ministers, managed to enrich themselves, most wound up losing their investments. Many were left in ruins; some committed suicide. In the wake of the burst bubble, the House of Commons was forced to convene an official court of inquiry into the sordid affair. Its scathing report, issued in 1721, attributed the fiasco to a combination of greed, gullibility—and bad information. The South Sea Company itself, which continued to sail the seas until the mid-nineteenth century, was allowed to retain its charter, but only after completely revising its way of operating—including its logistical reporting procedures. However, the system, as well as the idea, of having chartered companies had been gravely weakened. The international business world had had its first great scandal, and logistics was at the heart of it.

If you would like to share your ideas, business, or feedback with us, please email us. All business plan submissions must include a clear description of your operations and current progress.